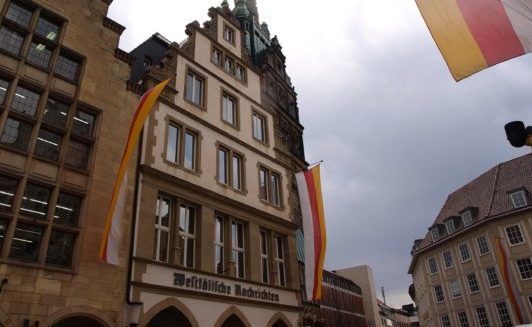 Norbert Tiemann, editor-in-chief of Westfälische Nachrichten, and the publishing company Aschendorff Medien&Co want to convince the German court that Patria Nostra has no right to demand publication of an apology for the use of the terms “Polish death camps” and claims for damages. Patria Nostra received a notice of suit in this case from the Munster National Court.

According to attorney Szymon Topa, the intention of the authors of the said lawsuit is also to deprive the Association of the possibility to bring such cases before Polish courts.

Lech Obara, President of the Patria Nostra Association, also commented on the case. He believes that the lawsuit of the German newspaper is a consequence of a recent judgment of the German Federal Court of Justice, which stated that a final judgment of a Polish court ordering that the former Auschwitz prisoner, Karol Tendera, be apologized by ZDF television for using the term “Polish death camps” does not have to be carried out in Germany in a particular way.

It seems to me some media that have experienced such failures felt encouraged, and they can now try to challenge our lawsuits in various ways. However, we will not stop using the legal route to demand rectification and the publication of texts that apologize to all those who are offended by such publications.