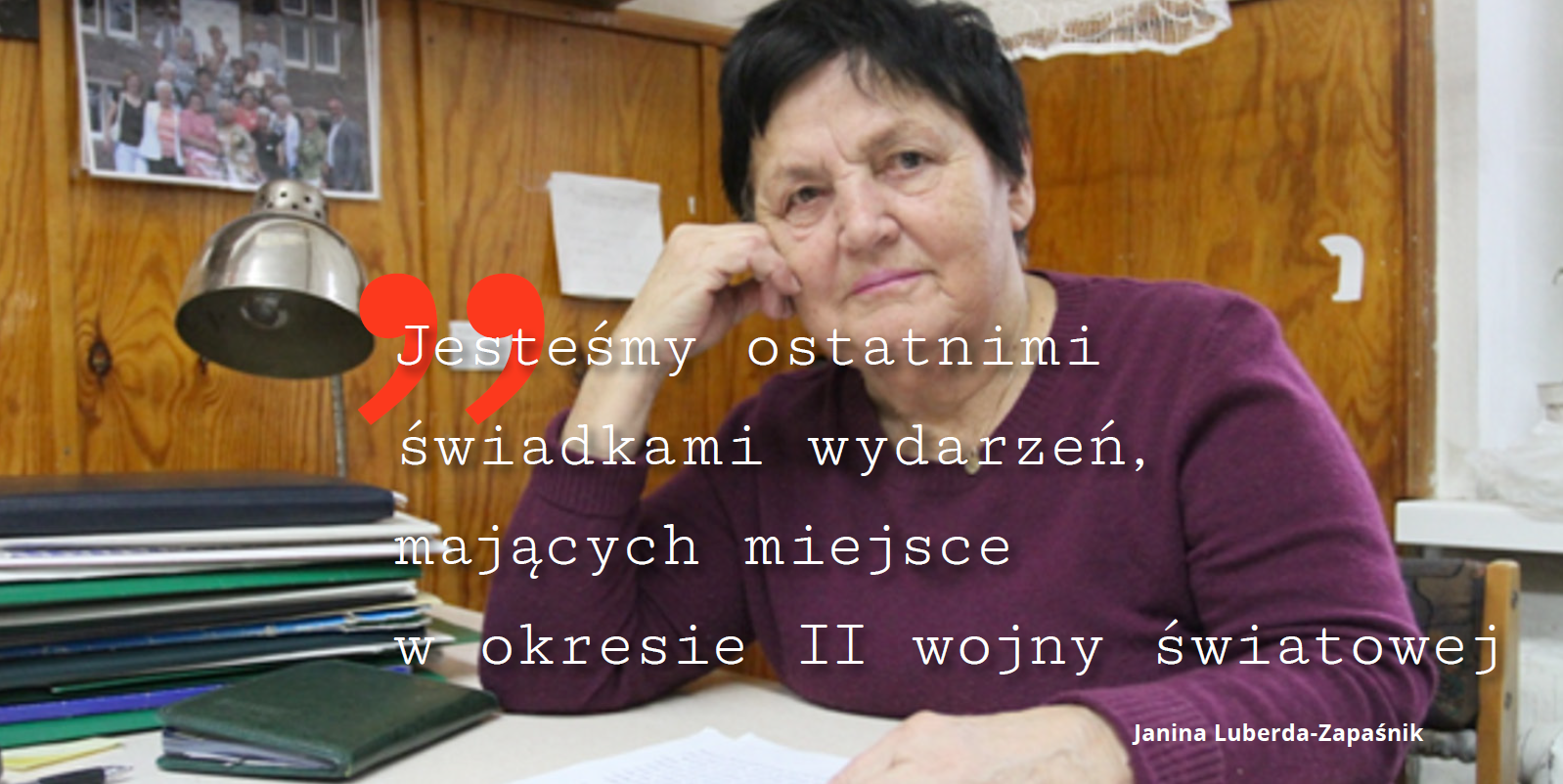 We are the last witnesses of the events that took place during the Second World War. If we are gone – and more and more people of my generation pass away – then there is a sad chance that many facts will be distorted. We must not permit this to happen,

Janina Luberda-Zapaśnik was born on 4 August 1930 in Łopuszna (Nowy Targ District). She is a medical doctor, specialist in paediatrics and laboratory diagnostics. She is also a member of the Polish Paediatric Society and a member and initiator of the founding of the Polish Laboratory Diagnostics Society. From its inception until 1982, she served as the President for three terms. She received distinctions for her scientific and social work: “For exemplary work in the health service” and “Deserved for Warmia and Mazury”.

Janina Luberda-Zapaśnik is also the former President of the Management Board of the Warmia and Mazury District of the Polish Union of Former Political Prisoners of the Nazi Prisons and Concentration Camps, as well as the current Vice-President of the Patria Nostra Association. It was she who initiated the fight before international courts to stop the use of the term “Polish extermination camps” by foreign media. Throughout her life she has been fighting for the historical truth of concentration camps. The Institute of National Remembrance awarded her the “Witness of History” award for her activity. 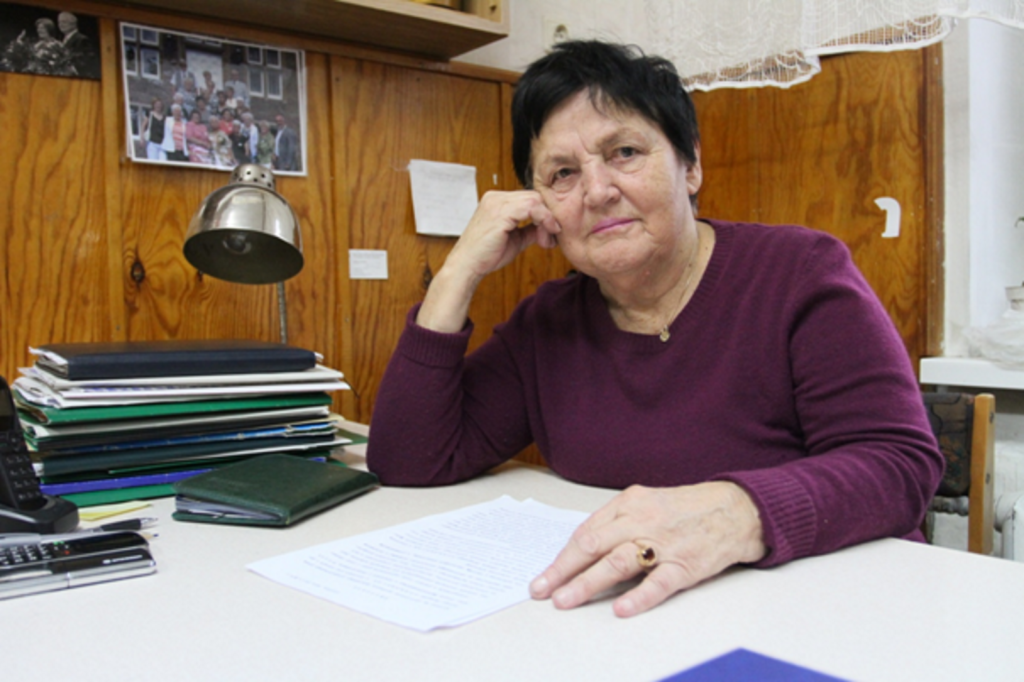 In the middle of the night, on July 1, 1941, German soldiers entered Janina’s house in Kuchnia near Gniew. Janina was the oldest child of Władysław and Maria. She was eleven years old. Her brothers were still small children, and although they cried loudly, they did not understand anything about the visit. Stanisław was four years old, and Władysław two. That night she had to dress her brothers and calm them down. Her mother, paralysed by fear, could not move. In addition, she was in an advanced pregnancy. They did not know where the Germans were taking them. However, they were not alone. Several other families from their village were deported. Soon after, they arrived at the station, where they were rushed into freight cars. On the same day, in the evening, they reached the resettlement camp in Toruń, established on the premises of “Standard”, a former lard factory and oil refinery at Graudenstrasse 124/126.

In “Szmalcówka” they faced inhumane conditions. The bed was made up of straw full of lice and fleas laid on concrete. There were no sanitary facilities. Pits dug out nearby the fence and covered with boards served as a toilet. The prisoners were hired to work in German factories
and on farms. The work was very hard. Many people died from malnutrition, diseases and poor living conditions.

There was so little food that some people fed their children coffee grounds. Under these conditions, Kazimierz, Janina’s third brother, was born. Janina recalls how one day the prisoners were thrown out of the barrack into the courtyard. It was said that it was because of disinfection and everyone was kept in frost over minus 20 degrees from morning to evening. That day the typhoid epidemic broke out. Even a dozen or so people died daily. Later, when Mrs. Janina was studying medicine, she realized that those were breeding lice which the Germans let in to cause the epidemic.

Her mother fell seriously ill, which is why Janina had to take care of the tiny Kazimierz. She fed him swede broth because there was nothing else. He died of hunger, in her arms, not surviving even three months.

One day, Janina went to the camp commander. She asked him to bring her father from Potulice, where he worked, because her mother was unconscious all the time. As soon as her father appeared, Janina also fell ill. Fortunately, she recovered.

However, 5-year-old Stanisław also fell ill with typhus. He died shortly after Kazimierz. In 1943, the family was moved to the camp in Potulice (Lebrechtsdorf). Janina’s mother became pregnant. Janina was then deported to hard labour, so she never met her sister Helenka, who was born in Potulice and died quickly. Only little Władek didn’t die in the camp. However, he was quite alone. After some time he contracted bone and spinal tuberculosis. Janina suspects that he was subjected to paramedical experiments. He died in 1953. Only her parents lived to see freedom.

Janina filed a lawsuit against the portal of the German newspaper “Focus” for using the false terms “Polish death camp” in reference to the camps in Sobibór and Treblinka. The line of defence presented by the German plenipotentiaries of the publisher “Focus Online” boils down to the statement that the use of a false term is the result of copying a message from DPA, the German news agency. The German editors still believe there is no problem, because after the case was brought before the Polish court, they removed the false phrase from the website.

In February 2015, the Regional Court in Olsztyn approved Janina Luberda-Zapaśnik’s statement that national dignity and identity are protected goods and that terms such as “Polish concentration camps” or “Polish extermination camps” should not be used.

It is optimistic that the court has confirmed the Polish jurisdiction in this type of proceedings, and that it has recognised national dignity and identity as values subject to legal protection also under the Civil Code. 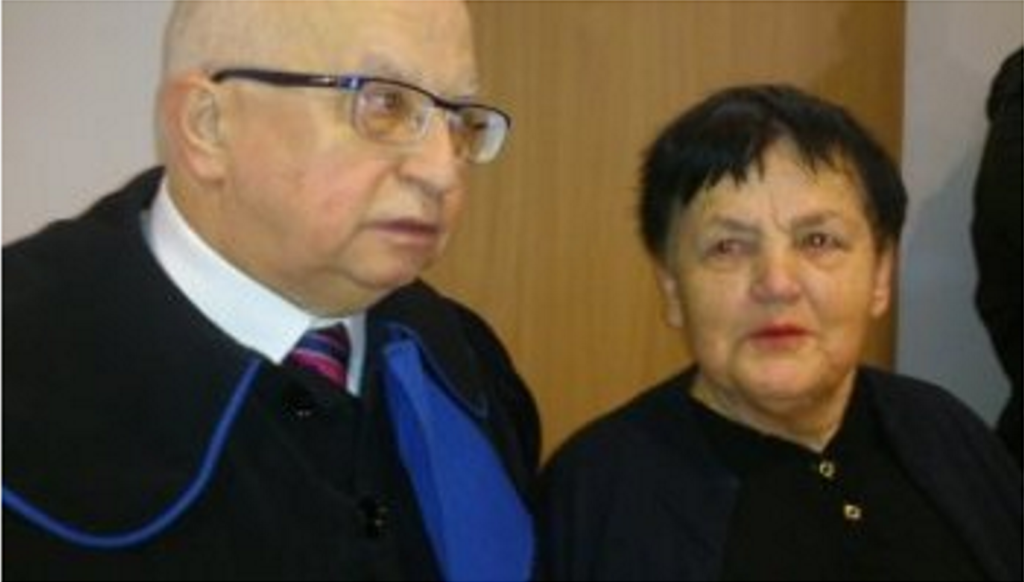 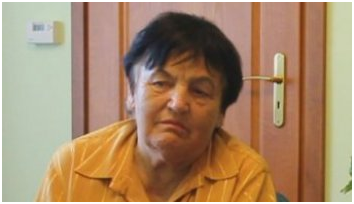 Interview with Dr. Janina Luberda-Zapaśnik, a former prisoner of German Nazi labor camps, although a more appropriate name would be “forced labor and extermination of Szmalcówka and Lebrechtdorf”.