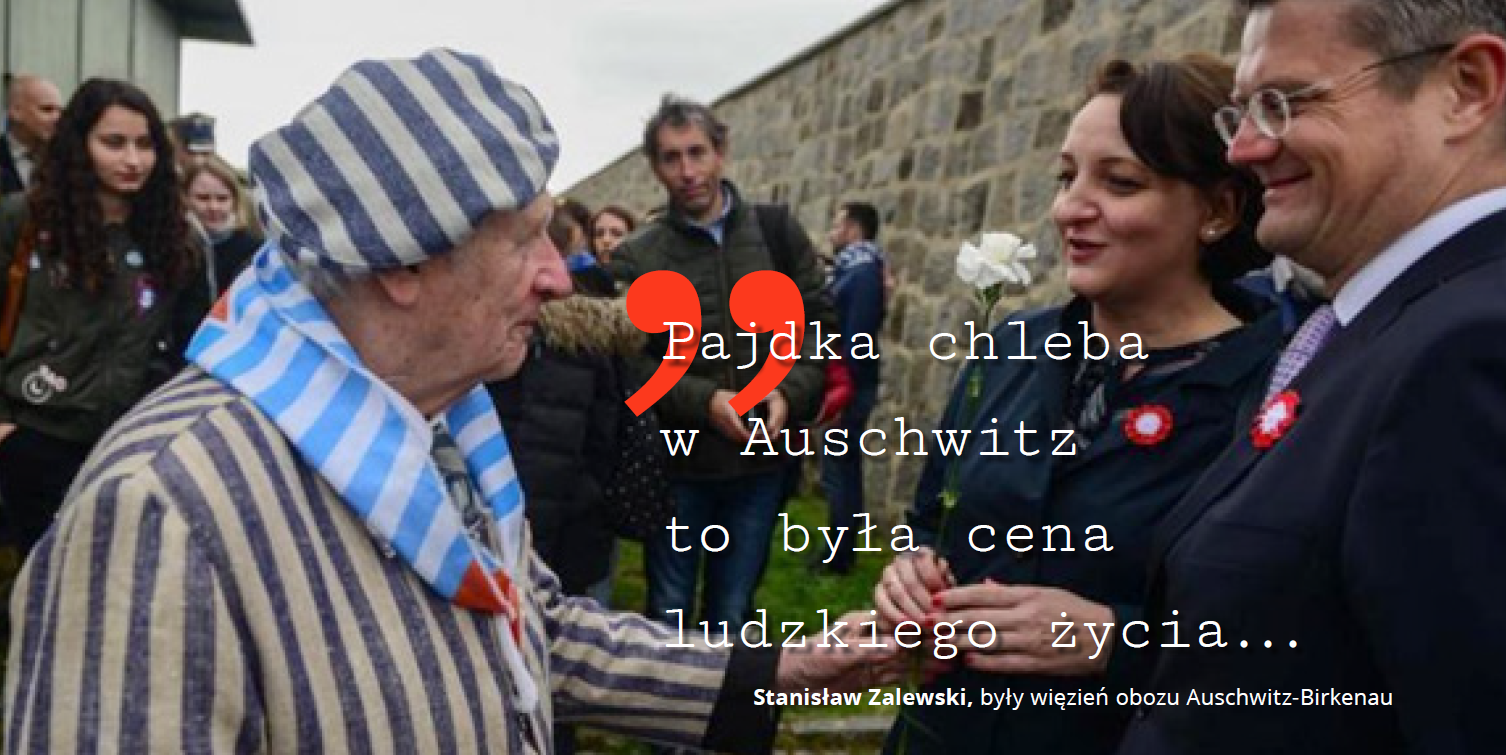 The 93-year-old Stanisław Zalewski is a former prisoner of Auschwitz-Birkenau and currently the President of the Polish Union of Former Political Prisoners of Nazi Prisons and Concentration Camps.

When he was 18, he was arrested for his underground activity. He was sent to Pawiak, then to Auschwitz, and finally to the Mauthausen-Gusen camp, which is located on the territory of present-day Austria.

It is not an art to punish someone and stop there. The point is to educate and inform. I try to talk and explain. When someone speaks of “Polish camps”, one has to distinguish between those who do it unconsciously and those who do it intentionally. But I always say that those were not Polish camps, but camps established by the Third Reich, by the Germans in Poland,

said Stanisław Zalewski in numerous interviews with the media.

He says about his experience in the camp that it was hell that would not come out of a man.

For years, while cutting bread, I collected crumbs carefully, and put them on a slice. I did it unconsciously. A slice of bread in Auschwitz was the price of human life,

At the beginning of January 2018, Patria Nostra filed lawsuits with the Warsaw District Court against a Bavarian newspaper and a radio station broadcaster. In their online publications, German death camps in Sobibór, Treblinka and Bełżec were called “Polish camps”. The Polish Union of Former Political Prisoners of Nazi Prisons and Concentration Camps felt affected by that fact and it was on its behalf that the lawyers from Patria Nostra filed the above-mentioned lawsuits.