What is the „Soft Auschwitz Lie”?

The Polish State never participated in the creation of the camps. In 1939, Nazi Germany invaded Poland and started a plan of annihilation of the whole country and the Polish nation. For this purpose, from the very beginning, the occupying forces set up camps on Polish soil. As early as October 1939, so-called temporary concentration camps were established. Poles who organized resistance or were able to provoke civilian disobedience against German invaders were imprisoned in those camps.

In 2016, Shevah Weiss, the former Israeli Ambassador to Poland and a Holocaust survivor, said:

I would like young Jews to be told the truth – that in many European countries there were governments that collaborated with Germans: France, Norway, Slovakia, Hungary, Croatia, but there was no Polish State cooperating with Hitler! Poland was the laudable exception in Europe. There have never been any Polish extermination camps.

„Polish death camps” is a nonfactual phrase used in reference to German concentration and extermination camps built during WWII on the German occupied territory of Poland. That phrase suggests that those camps were established and managed by Poles.

During World War II Poland never cooperated with Germany. What is more, being a member country of the antiHitlerite coalition, the Polish State actively fought against the occupant from the very beginning. According to the estimates of the Institute of National Remembrance (IPN), between 1939 and 1945 the total loss of Polish population under the German occupation amounted to over 2.7 million.

Since 2008, the Polish Ministry of Foreign Affairs has intervened against the use of the phrase „Polish camps” over a thousand times. In 2017 alone, Polish diplomats intervened 258 times in 30 countries, mostly in front of British (61 times), American (46), German (32), and French (17) media. There were 16 interventions made in Denmark, 13 in Spain, 10 in Slovakia, and 9 in Italy. There were 54 interventions in the remaining countries that year. (http://www.tvn24.pl)

The fact that the historically erroneous and, for Poles, offensive concept of “Polish camps” still reappears in various statements and publications has resulted in the Institute of National Remembrance creating the Internet portal “Truth about camps”. (http://truthaboutcamps.eu/). 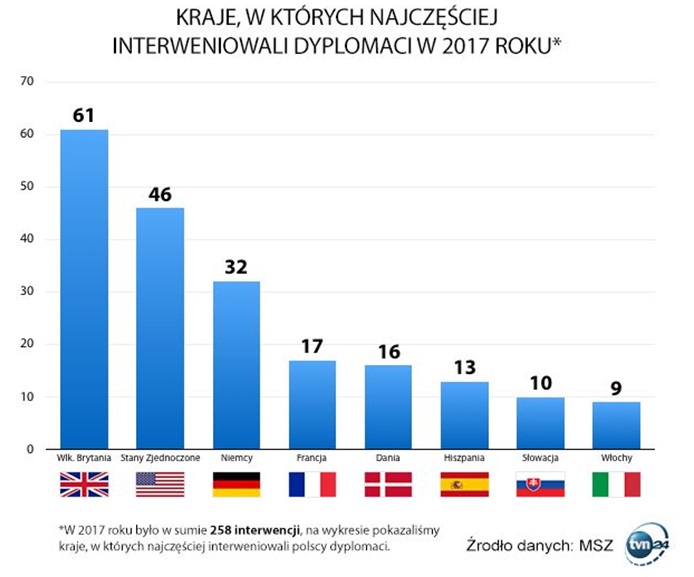 Countries where diplomats intervened most often in 2017 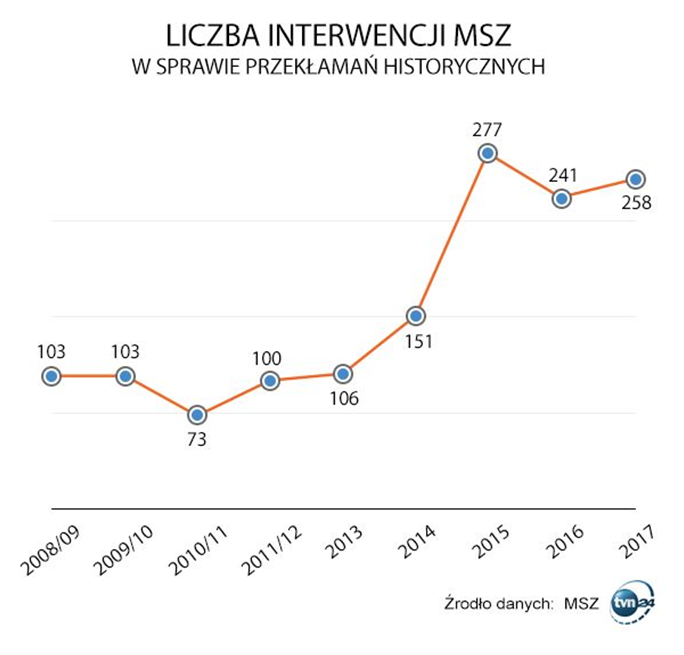