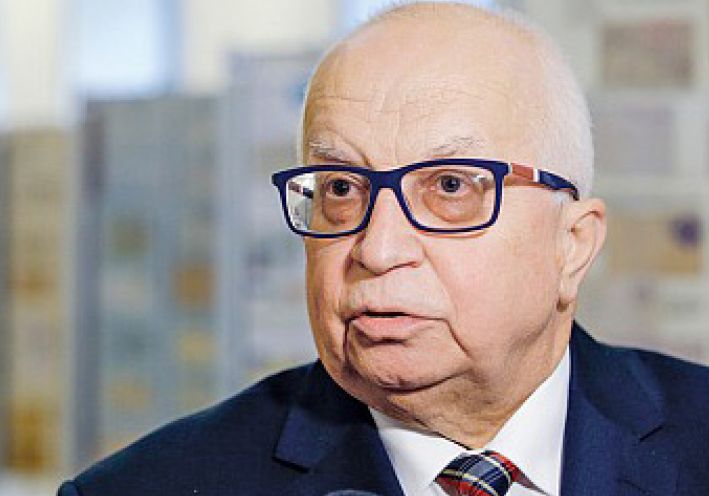 By order dated July 19, 2018, published on August 21, 2018, the German Federal Court of Justice (BGH) in Karlsruhe decided that the German television station ZDF did not have to execute the Polish judgment ordering it to apologize to Karol Tendera, a former Auschwitz prisoner, on its main website. In that way, according to the ruling of the Court of Appeal in Krakow, the ZDF was to compensate for the harm caused to Karol Tendera for using on one of its subpages a term suggesting that Auschwitz was the work of Poles and not Germans.

The decision of BGH was appealed to the German Federal Constitutional Court. Karol Tendera attorney, Mr. Piotr Duber from Berlin, brought a constitutional appeal against this ruling. It is worth mentioning that the German Federal Constitutional Court resolves individual complaints against acts of law enforcement (e.g. court decisions). Thus, unlike in the case of the Polish Constitutional Tribunal, which does not deal with how Polish courts apply the law, but only with whether certain provisions of law (on the basis of which e.g. a ruling was issued) are consistent with the Constitution of the Republic of Poland or another legal act of a higher government (e.g. with the European Convention on Human Rights). Trendera’s filing of a constitutional complaint was necessary to bring an action before the European Court of Human Rights against a decision of a German court in the future.

The attorney of Karol Tendera accused the BGH of refusing to execute a Polish court verdict on the territory of Germany and did not provide him with proper protection of constitutional rights guaranteed by the German Basic Law (GG – Grundgesetz) and the European Convention on Human Rights (ECHR), i.e.:

Karol Tendera’s plenipotentiary derives from the fact that German BGH, focusing on the limits of freedom of expression when interpreting Article 34 No. 1 of Council Regulation (EC) No 44/2001 of 22 December 2000 on jurisdiction and the recognition and enforcement of judgments in civil and commercial matters, did not sufficiently or even at all consider the need to protect Mr Tendera’s rights, namely the right to dignity and personal rights of the claimant, which are also protected by the Constitution. BGH should take into account that his personal rights have already been specified by the courts of a foreign state (Court of Appeal in Kraków), which in this particular case reinforces the importance of this right in relation to the right to liberty; it takes precedence over it. The international character of Article 34 of the Jurisdictional Regulation and its function, as expressed in the case law of the European Court of Justice, according to which the application of the public policy clause is justified only in exceptional situations, has not been taken into account.

In that connection, the constitutional action alleges misinterpretation of Article 34 of the Regulation on jurisdiction by BGH. It consists in the failure to distinguish between situations where a foreign judgment is contrary to German public policy and situations where a foreign judgment is manifestly or grossly contrary to German public policy. Namely, BGH considered that the mere fact that the order for publication by the ZDF of an apology resulting from the Polish judgment is contrary to the German provision of Article 5 of the Grundgesetz (GG) justifies the application of the ordre public clause and the refusal to enforce it.

However, according to the case law of the European Court of Justice, a mere contradiction between a foreign judgment and the fundamental principles of the legal order of the State in which the foreign judgment is to be enforced is not sufficient. This contradiction must be obvious, glaring, that is to say, conspicuous, visible to any lawyer, without the need to interpret the law.

In his complaint, Tendera’s plenipotentiary also criticizes BGH’s argument that the order to publish an apology issued by a Polish court is a form of imposing an opinion. According to the author of the constitutional complaint, it cannot be assumed, as BGH did, that it is an opinion – and not a statement about facts – since the perpetrator of the infringement of personal rights [here: ZDF] admits in the statement that they wrote untruth and infringed personal rights of a third party [here: Karol Tendera].

The content of the apology and the statements contained therein are nothing more than a denial of false statements made by ZDF. Thus, they do not lose the status of statements of fact simply because they are in opposition to what was said by the ZDF and what was considered to be untrue. Finally, according to the plenipotentiary of the former Auschwitz prisoner, BGH wrongly held that the principle of proportionality (adequacy) between the unlawfulness of the ZDF and the order to publish an apology, as a form of compensation for Mr. K. Tendera’s feelings of harm, had been violated. According to the applicant, BGH did not take into account the arguments in his favour. He did not take into account, first of all, that the statement about Auschwitz used by ZDF on its website is undoubtedly untrue, as it suggests that the creators of the camp were Poles and not Germans. Therefore, since this is an untrue statement, it does not benefit from legal protection and cannot form part of the public debate. In this context, the judgment of the Polish court is not strict at all and there are no grounds for assuming that the right to freedom of expression has been violated at all. In addition, the applicants point out that Polish law also applies the principle of proportionality and the personal rights protection measures applied by Polish courts are also subject to an assessment with regard to the condition of ‘necessity in a democratic state’ (necessary in a democratic society). What is more, BGH itself, in the justification of its decision, pointed out that the Polish court also considered the adequacy of the adjudged legal measure. Therefore, questioning this assessment of the Polish court, at the stage of the clause procedure, is de facto a substantive assessment of the Polish judgment; this is prohibited in Article 36 of the jurisdictional regulation.

As a result, the constitutional complaint filed on behalf of Karol Tendera demands from the Federal Constitutional Court that the decision of the BGH of 19 July 2018 refusing to execute the Polish judgment did not ensure proper protection of his constitutional rights.